THICK AS A BRICK by OHAMA 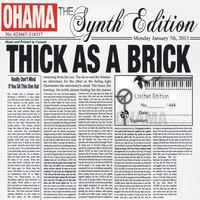 THICK AS A BRICK by Ohama.
Tona Walt Ohama is an electronic recording artist based in Western Canada who has played synthesizers since he first discovered the A.R.P. Axxe in 1975. Although he has a world-wide following, he remains relatively unknown in his home province and has been called "Alberta's Best Kept Musical Secret" by both !earshot Magazine and The Calgary Herald.
In 2011 Beatroute Magazine said “There are three things you need to know about southern Alberta synth pop pioneer, Tona Walt Ohama. One, he loves synthesizers, not likes, not enjoys, not appreciates - loves. Two, there is no one else like him,
Ohama has recreated Jethro Tull's epic 1972 album using mono synths, a drum machine, one Crumar string machine and a Mellotron. Limited Edition CD signed/dated/numbered 444 copies.
You can buy the CD via CDBABY.

LISTEN TO THICK AS A BRICK 2 by OHAMA HERE


When you buy music at CD Baby, you're buying directly from the artist.

Whether you love hip hop or opera, Latin jazz or folk-rock, when you buy from CD Baby, you're not just taking home a bit of music; You're supporting an artist's ability to continue recording and performing. The lion's share of the money you spend at CD Baby ends up back in the hands of the artists themselves!

CD Baby is based in Portland, Oregon (land of microbrews, overcast skies, and constant creativity). We're a company run by artists, for artists. Almost everyone here is a musician, writer, filmmaker, painter, dancer, tinkerer, or vegetable juggler! If you're in the neighborhood, drop on by, take a tour, and sing us a tune!

Why Shop at CD Baby? 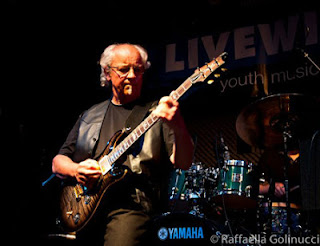 MARTIN BARRE NEWS-UPDATED.
Martin Barre, our guitar hero, has updated his web with excellents news to all of us followers:
"I'm very busy in the studio writing and arranging for my next CD.
It features rare Tull music recorded from a very different viewpoint ; plus original material
I have written in a sympathic style.
It should be finished late Spring and available on my website.
More info soon." 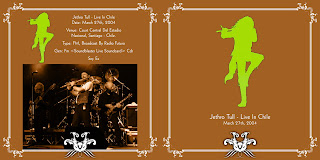 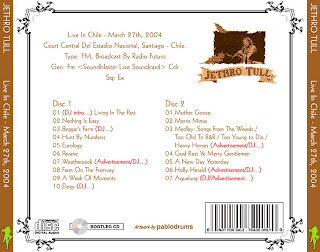 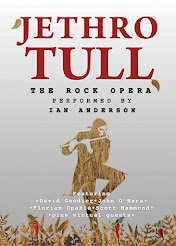 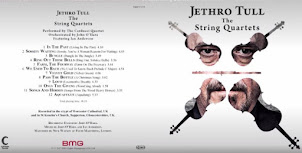